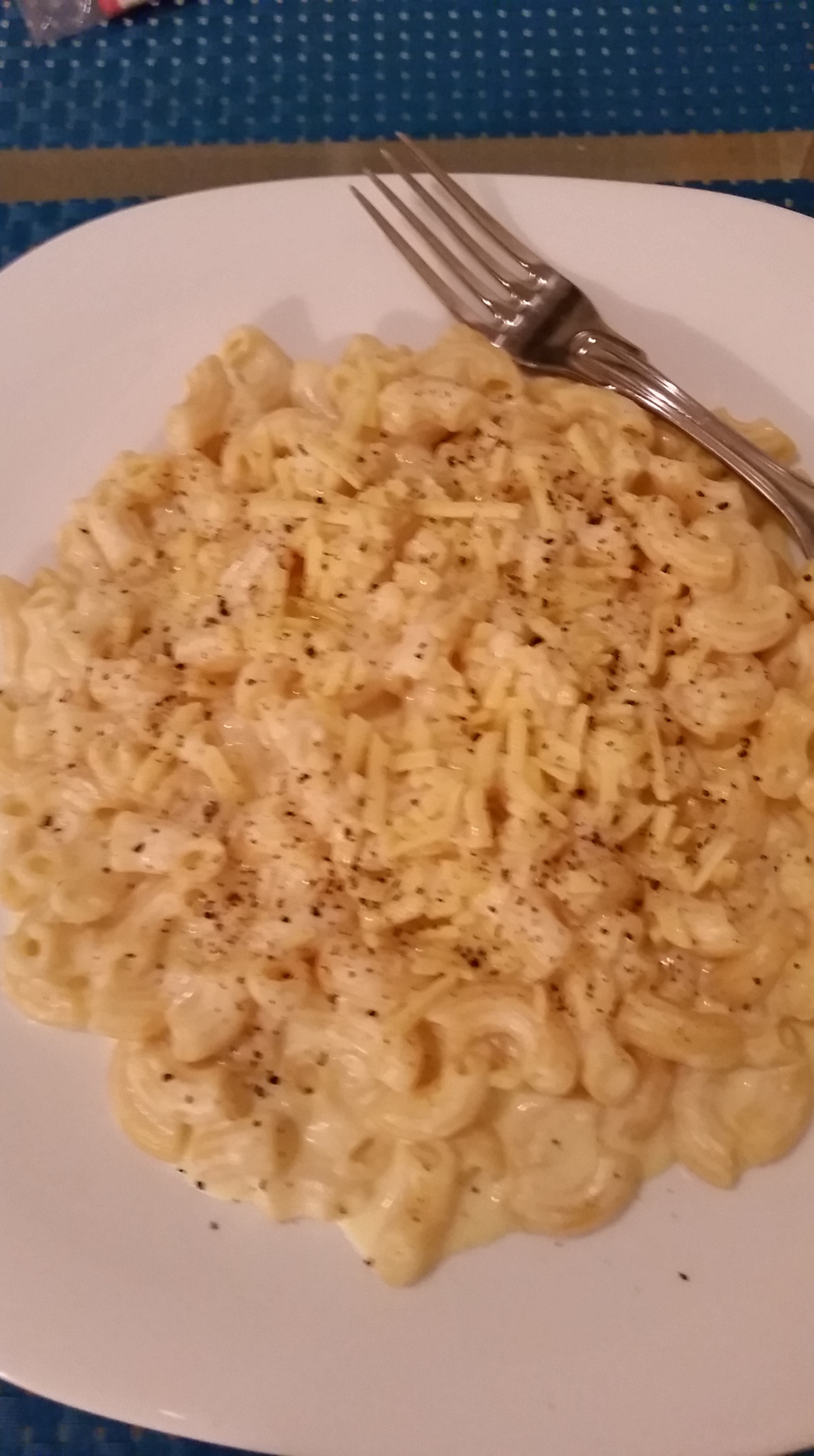 Saturday was a busy day , filled with lots of walking since it was Open House weekend in Perth and I went sightseeing . I also managed to sneak in some shopping at the same time , so after making all those tough decisions about what to buy and what not to buy , I was craving some comfort food for dinner. Having recently watched a rerun of MacGyver , my head was filled with various images of Mac & Cheese , and , yes , I have no clue as to why my brain associated those two together. Normally I would rely on the instant boxed varieties when making Mac & Cheese , but the Bestie recently did a video on  How to make No Fail Mac & Cheese , and the words ” No fail ” immediately drew me to it. As you can see below , it turned out alright , even though the photos don’t do it justice , and I would have taken some more photos later on , alas there was none left , as Someone decided to have a midnight snack.

Here’s to MacGyver and Mac & Cheese !

Follow A Hazelnut For My Gypsy Heart on WordPress.com